Congratulations to Leila Lawrance whose determination and perseverance as a karate athlete made her the recipient of the Wood Automotive Group Kid Hero for February 2018.

Kid Hero was created to recognize youth athletes for their enthusiasm, spirit and commitment to fair play, in partnership with KidSport Calgary.

Leila Lawrance is a 15-year-old member of the South Calgary Wado Kai Karate Club, and has been a martial artist for over six years.

When Leila represented Alberta at the Karate Canada Nationals in 2017, she sustained a concussion that sidelined her from karate for five months. Despite not being able to train, Leila found ways to be part of the team by assisting with the beginner program.

While still unable to compete, Leila started a fundraising with hopes of participating in the Dublin tournament.  She was able to raise $700.  Leila’s participation in the competition earned her recognition from her teammates as the highest performer for her achievements and contributions towards the success of other athletes as a training partner.

As a reward, Leila’s parents, head coach and herself received gifts cards, a medal, certificate and a t-shirt, and were treated to a pizza party on March 20, 2018 hosted at Woodridge Ford Lincoln. 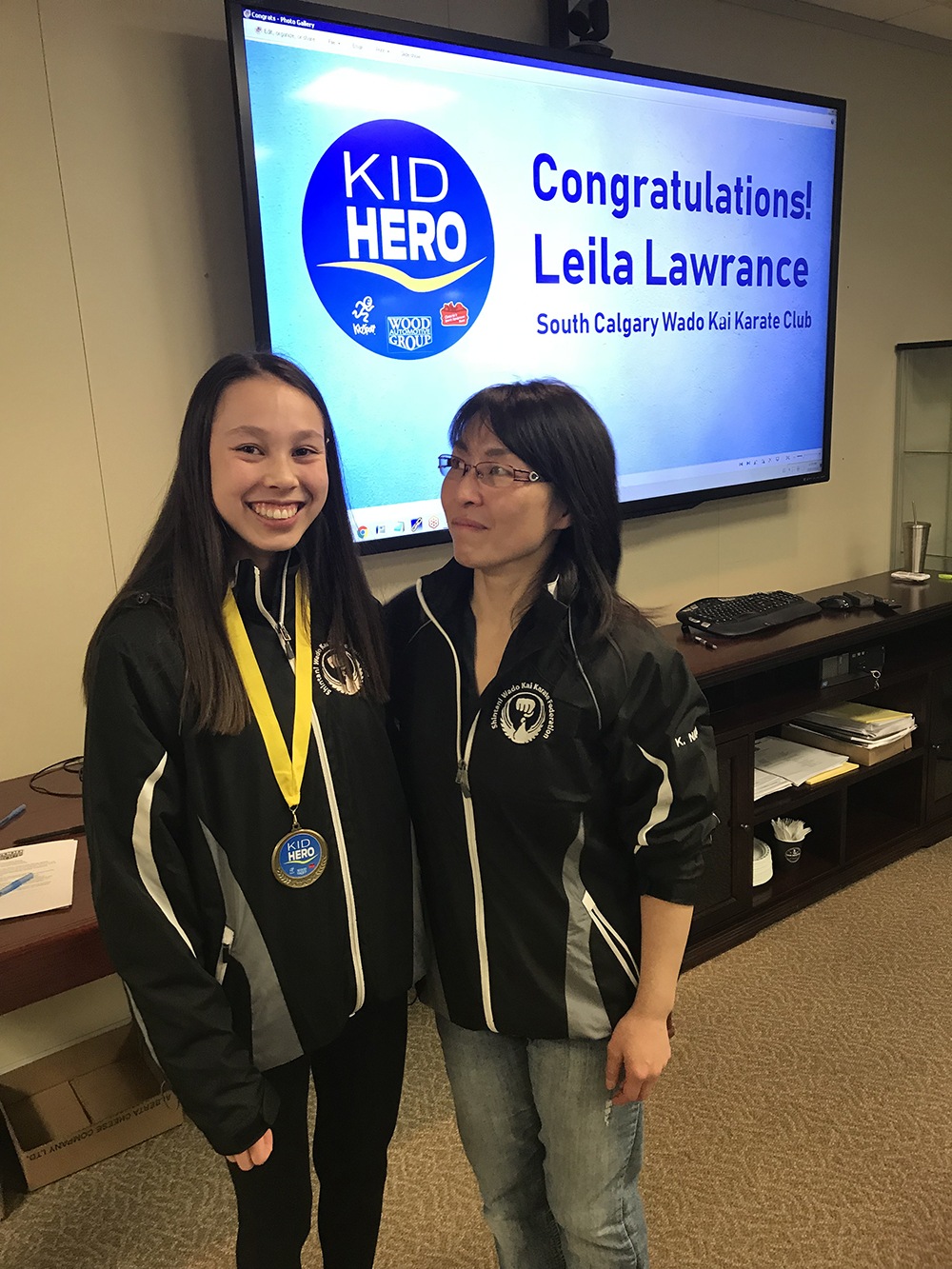