New Year’s Eve. Faces lit up with joy as the countdown to midnight begins and the skies are illuminated by fireworks. But the soundtrack to that experience can be a painful one for pets and worrying for owners.

An estimated 45 per cent of dogs in the UK show signs of fear when they hear fireworks – causing distress to owners and their families too.

One possible answer could be a noise-cancelling kennel that uses similar technology to that found in cars and headphones to protect sensitive canine ears and ensure owners do not have to banish their pets away from the rest of the family.

Once microphones inside the prototype kennel detect the sound of the fireworks, a built-in audio system emits opposing frequencies that in effect cancels out the noise completely – or at least reduces it significantly. High-density cork, ideal for sound proofing was an integral part of the design. The result? No more stress for your pet. A concept for now, but with the potential to mean a much better start to the year, both for your dog – and for you.

Graeme Hall, “The Dogfather”, one of the UK's best dog trainers who has helped 5,000 dogs and their owners with behavioural problems.

“Many animals find fireworks scary – and compared to people, dogs can hear things that are four times further away, and across a much wider range of frequencies. Preparing in advance of firework displays is the key – and part of that is to identify a place where your pets feel safe and happy.”

The idea was inspired by the noise-cancelling technology that we have introduced to the Edge SUV, that helps to ensure quieter journeys for drivers and passengers. When microphones pick up high levels of noise from the engine or transmission, this is counteracted using opposing sound waves from the car’s audio system. 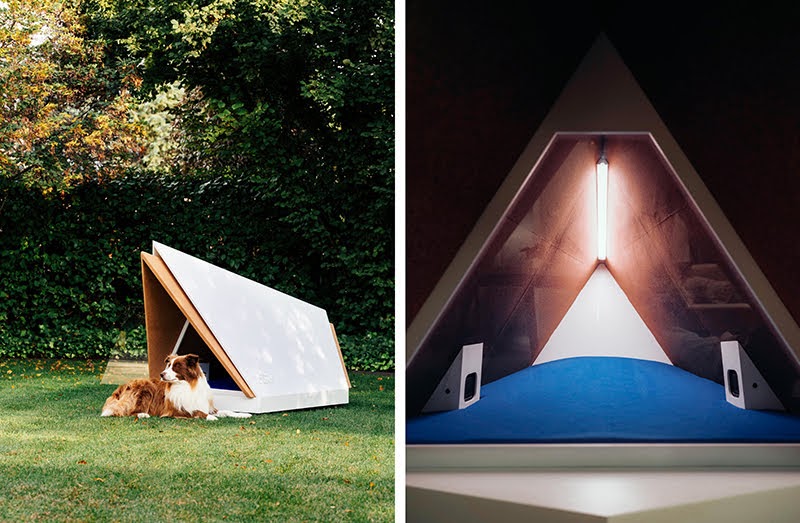 “We wondered how the technologies we use in our cars could help people in other situations. Making sure dogs and their owners could enjoy a stress-free New Year’s Eve seemed like the perfect application for our Active Noise Control system, and we have a few more ideas in progress as to how our everyday lives might benefit from a little Ford know-how.”

Just a prototype for now, the noise-cancelling kennel is the first in a series of initiatives – called Interventions – that applies automotive know-how to help solve everyday problems.